I would like to apologize for the lateness on these photos being added to the gallery so late. Last Tuesday (July 12th), my mother passed away and I took some time away from fan-site work and had been working non-stop at my new job at T-Mobile. I’ve managed to add 100+ photos of Chris attending The Gray Man premiere in L.A. 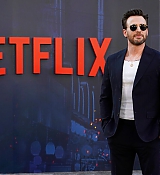 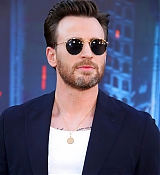 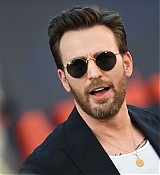 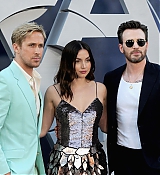 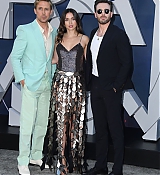 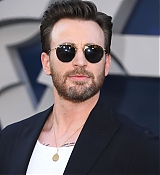 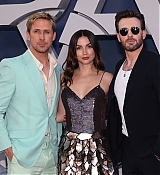 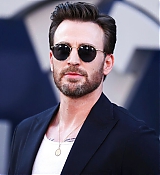 Written by Joshua
No comments   /   Leave a Comment?
2022: The Gray Man Projects Videos

Ryan Gosling is THE GRAY MAN and Chris Evans is his psychopathic adversary in the Netflix/AGBO spy thriller directed by Anthony and Joe Russo – available globally July 22 on Netflix.

‘The Gray Man’ gets a Release Date

Written by Joshua
No comments   /   Leave a Comment?
2022: The Gray Man Projects

As Netflix continues its push into potential franchise fare, we’re getting our first look at the Russo Brothers’ big-budget espionage thriller The Gray Man, starring Ryan Gosling, Chris Evans and Ana de Armas. The film based on Mark Greaney’s 10-book series will hit theaters on July 15 and start streaming on Netflix a week later.

A 007-type actioner that cost costing upward of $200 million — Netflix’s biggest-budget film ever — it stars Gosling as Court Gentry, aka the Gray Man, a freelance assassin and former CIA operative who is hunted across the globe by Lloyd Hansen (Evans), a former cohort at the CIA.

The pic scored California production tax credits in August 2020 but had to delay production four months later amid a Covid surge. But now it’s ready for action. Little Shops of Horror TBA
Orin Scrivello (rumored)
An exotic plant in a downtown flower shop convinces the storekeeper's meek apprentice to resort to gruesome measures to keep it alive and make it grow.
IMDb

The Gray Man 2022
Lloyd Hansen
In Europe, a CIA operative-turned-assassin looks to evade mysterious forces as he tries to save the lives of the daughters who don't know he exists.
IMDb

Don’t Look Up 2021
Peter Isherwell
The story of two low-level astronomers, who must go on a giant media tour to warn mankind of an approaching comet that will destroy planet earth.
IMDb

Defending Jacob April 24th, 2020 (on Apple TV)
Andy Barber
The limited drama series is a gripping, character-driven thriller based on the 2012 New York Times best selling novel of the same name by William Landay. An assistant DA's world is shattered when his beloved son gets charged with murder.
News Photos IMDb Official Knives Out November 29th, 2019
Ransom Drysdale
A detective investigates the death of a patriarch of an eccentric, combative family.
News Photos IMDb Official