I’ve added a bunch of goodies along with a new layout here at Chris Evans Files. Enjoy the new goodies brought by Kaci 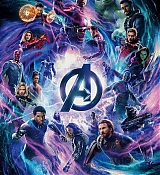 No comments
Published on In
2019: The Red Sea Diving Resort Projects

Netflix has obtained global distribution rights, excluding China, to The Red Sea Diving Resort, the Chris Evans-starring biopic from writer/director Gideon Raff and BRON Studios. The film, which Netflix will release later this year, is based on one of the most remarkable rescue missions in history.

It was previously reported that STXinternational had the UK and Ireland distribution rights but we hear STX sold international rights to the streamer.

The pic follows a group of Mossad agents and Ethiopians who in the early ’80s used a deserted holiday retreat in Sudan as a front to smuggle thousands of refugees to Israel. Chris Evans plays Ari Kidron, the Mossad agent who leads the mission together with courageous local Kabede Bimro, played by Michael Kenneth Williams.

No comments
Published on In
Projects

‘The Devil All The Time’ Replaces Chris Evans with Sebastian Stan

When Chris Evans goes somewhere, Sebastian Stan usually isn’t far behind – at least in Marvel Studios movies. But that’s also turned out to be true today in the real world.

Evans has just dropped out of an upcoming Netflix film called The Devil All The Time, but Stan has stepped in to replace him. Is this a precursor of what will happen with the Captain America franchise in the MCU in the wake of Avengers: Endgame? Who knows, but you can read more about The Devil All The Time cast below.

Deadline reports that Stan is taking over for Evans in The Devil All The Time because of a scheduling conflict. Earlier this week, we wrote about how Evans signed on to lead a new science fiction film called Infinite from director Antoine Fuqua, and Deadline also mentions that Evans is gearing up to start production on Defending Jacob, a limited series he’s producing for Apple. In that series, Evans will star as an assistant district attorney whose son is accused of murder.

Meanwhile, Stan will join fellow Avenger Tom Holland as part of The Devil All The Time cast. Mia Wasikowska, Robert Pattinson, Eliza Scanlen, and Bill Skarsgard are lined up to co-star. Antonio Campos (The Sinner, Christine) is directing, and he also co-wrote the script with Paulo Campos. The movie is based on author Donald Ray Pollock’s 2011 novel, and it’s described like this:

This sounds like an ambitious adaptation, and I’m curious to see if Campos can keep this many plates spinning at the same time. Stan has proven himself to be an impressive actor even outside the Marvel universe – his work in I, Tonyaand especially last year’s Destroyer (where he had killer chemistry with Nicole Kidman) leads me to believe we’ve yet to see him reach his full potential on the big screen.

No comments
Published on In
Projects

Marvel fans don’t know yet where Avengers: Endgame will leave Spider-Man and Captain America (although we might have a hint), yet we can all rest assured that Chris Evans and Tom Holland are definitely teaming up again.

They just won’t be teaming up in the Marvel Cinematic Universe. The two have signed up to star in a new Netflix movie called The Devil All the Time, which unveiled an all-star cast on Wednesday (January 16).

The thriller takes place in the cursed town of Knockemstiff, Ohio, where the fateful paths of a serial-killing couple and a god-fearing preacher will converge.

Here’s the cryptic synopsis: “In a place called Knockemstiff, Ohio, a forgotten backwoods of this country, where a storm of faith, violence and redemption is brewing. Out of desperation to save his dying wife, Willard Russell turns to prayer which succumbs to sacrifice.

“This sets protagonist Arvin, Willard’s son (Holland), on his path from bullied kid to a man who knows when to take action. The Devil All the Time involves a nefarious cast of characters that is told across two decades.”

No comments
Published on In
2019: Avengers Endgame Projects Videos

No comments
Published on In
2019: Avengers Endgame Projects

Chris Evans Is “Not Done Yet” with Captain America, Avengers Director Teases

It’s been nearly two months since Chris Evans posted a melodramatic tweet about Avengers 4, writing that he had officially wrapped his work on the future blockbuster. “It was an emotional day to say the least,” he wrote, a melancholic note that many fans assumed was Evans’s way of saying that his time playing Captain America had come to an end. He later had to double back and address fervent fan speculation after his message went viral: “I know it had a ripple effect, but I am neither confirming nor denying anything,” he said, cagily. So fan speculation resumed, with the popular consensus being that Evans would most likely put down Cap’s shield after Avengers 4.

But now, we have a wrench in the form of the film’s co-director Joe Russo, who has helmed the last two Captain America movies and Avengers: Infinity War with his brother, Anthony. In a recent interview with the Associated Press, Russo weighed in on Evans’s tweet. But instead of brushing it off or playing it down, he made the whole affair even more confusing.

“I think it was more emotional for him than us only because, you know, he’s not done yet,” Russo said, with a little laugh. In that small laugh is an entire universe of spoilery knowledge. O.K., but: how could the wrap-up of Avengers 4 be more emotional for the actor if Evans is not, in fact, finished with the Marvel Cinematic Universe?

Naturally, Russo anticipated that query as well—so he continued: “I won’t explain what that means, but the audience will soon understand what I’m talking about.”

Well, that’s a beautiful pile of nothing. Soon, we will all be enlightened—but for now, Russo is going to enjoy playing little mind games.

The director also spoke a little bit about the upcoming film, saying that it’s halfway through the editing process and currently stands at about three hours long. He also talked a bit about Disney’s recent $52.4 billion acquisition of 21st Century Fox, which now makes it possible for characters like Deadpool, which were owned by the rival studio, to pop up in the main Marvel movies, though that process might take some time. “It seems like—I haven’t talked directly to Kevin [Feige, Marvel Studios head] about it, so I don’t know what his plans are—but my guess would be that there’d be a little bit of time to integrate some of the other characters,” Russo said. Which is nice, because we will need more stars to fill up the space left behind by Captain America if, or when, or if he goes.